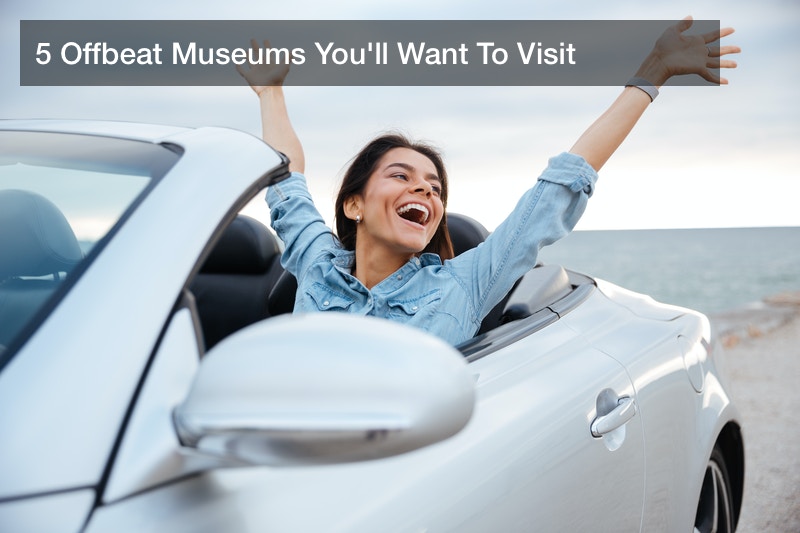 For a while there, lots of people had enough of museums. They were associated with education, filling your brain with “useless” knowledge, and stuffy field trips that nobody really wanted to go on. Few people could count themselves as museum nuts, and many museums stood neglected and rarely visited, their showcase pieces collecting dust. In recent years, however — as millennials take a greater interest in intellectualism and the offbeat — museums have been reevaluated. No longer are they considered stuffy or boring, with many people killing time in art museums and galleries of the odd. Furthermore, there has been greater emphasis placed on raising money to keep museums funded and up to date. Many people have to come to realize, as well, that it’s easier to have fun at a museum — while saving money — versus pursuing expensive past-times. Many museums allow free admission, or admission through donations, making them perfect for those who are looking for something to do that doesn’t involve spending cash.

Nowadays, we also have more museums to choose from than ever. If art museums aren’t your style, you might want to consider visiting a museum on fine dining, or even circuses. Should you decide to forego a more academic museum, there are those that focus on sports, and even car racing. While you may now associate museum-visiting for fun with being a bit of a geek, there are so many different topics to choose from if you’re looking to go to a museum. Still, if you’re planning to go museum-hopping — whether you’re making it a part of your upcoming vacation or simply wanting to find a way to spend time in your own hometown — you might want to make a plan about what to visit first, and when. You definitely won’t want to hit the same old science and art museums; and as we’ve made clear, you don’t have to. Let’s look into some of the more out of the ordinary museums available for your enjoyment. 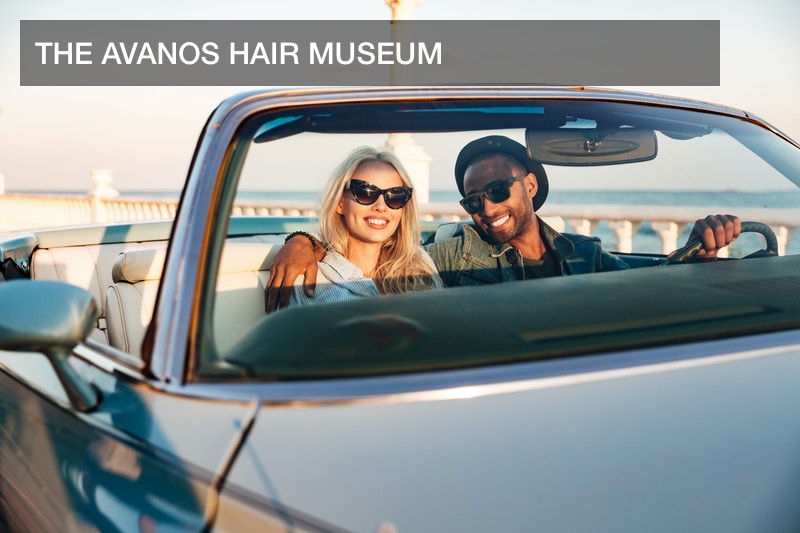 If you’re used to the typical education museums and art museums, you probably haven’t heard about the Avanos Hair Museum before. Nonetheless, it’s definitely worth the day trip if you’re ever near Avanos, Turkey. Avanos isn’t like New York City or Los Angeles — if you aren’t in the area, you probably aren’t making a specific trip to the town. However, it does have a main claim to fame, which is its pottery and ceramics. Despite that, the Avanos Hair Museum has more recently become a center of attention in the area. Some wouldn’t necessarily consider it a traditional museum, but it’s nonetheless a tourist attraction. A pottery center and guest house, the Avanos Hair Museum is the site at which countless women have left locks of hair. Allegedly started when a potter was saying goodbye to a friend of his — receiving a lock of hair so that he had something to remember her by — a trend started, with female visitors to the potter leaving their hair behind after hearing the story. It’s almost become a communal tradition, with the museum now host to locks of hair donated by women from around the globe — over 160,000 of them, according to the last count. If you want to become a part of it, there are always scissors on hand for those who want to leave their hair behind! 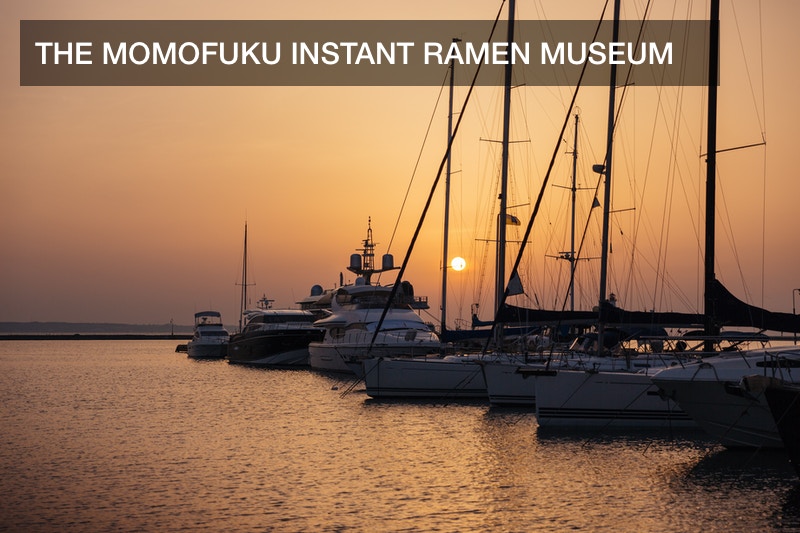 The kinds of marble statues that you would find at your average art museum are, of course, rather beautiful. But not all of us like to see those types of pieces. Some of us like to see something a bit less traditional in museums — and the Momofuku Instant Ramen Museum is definitely home to pieces that are a bit different from the traditional. Also known as the CupNoodles Museum, it’s found in Ikeda, in Japan’s Osaka Prefecture, and was started by — you guessed it — Momofuku Ando. Known as the inventor of instant noodles, the businessman wanted to celebrate the product that made his fortune — and he most certainly did that! Certainly, you can still consider the Momofuku Instant Ramen Museum an educational museum; it’s simply more educational about the food industry, while art museums and natural history museums are more like the usual academic museums that everyone expects. Admission is free at the museum, and there you can look at museums informing visitors about instant ramen’s history, as well as how it is made. There is also a sister museum in Yokohama. Both museums offer visitors the ability to experience making fresh instant ramen noodles, though you do have to make reservations ahead of time to take part. Furthermore, they can also assemble their own Cup Noodles. This allows people to make a traditional meal, but catered specifically to their own tastes. It’s definitely perfect for any big ramen or Cup Noodles fan!

3. The Sulabh International Museum Of Toilets 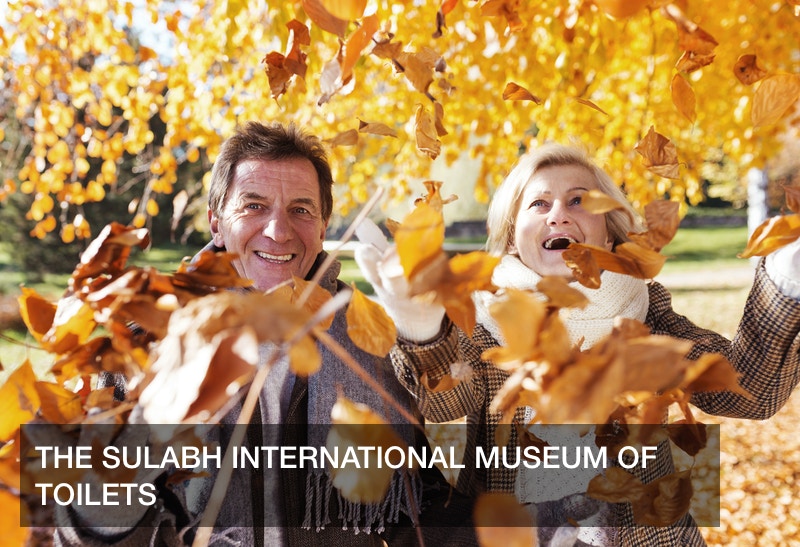 The Sulabh International Museum of Toilets isn’t going to be for everyone — and if you’re more of the type of person to prefer art museums, it might be a bit different from what you’re used to. However, if you have an interest in plumbing — or simply a taste of the wacky — it might just be for you! This particular museum is located in New Delhi, India — which is bigger than the cities we’ve discussed previously. Pinned as one of the weirdest museums in the world, it chronicles the international history of toilets and sanitation. Dr. Bindeshwar Pathak, the museum’s founder, actually began the museum in order to address the issues surrounding sanitation in India. But it took off from there, with exhibits now focusing on 50 different countries. The timeline that the museum covers stretches from 3000 B.C. to the late twentieth century, and it’s categorized in to Ancient, Medieval, and Modern. It includes everything from Victorian water closets, a variety of toilet seats, and even information on how astronauts use the bathroom while in space. Again, this isn’t the type of museum that everyone is used to, and if you bring the wrong crowd around they may very well end up more disgusted than impressed. But the Sulabh International Museum Of Toilets takes a serious, if interesting approach to its subject matter. If you’re interested in going off the beaten path when museum hopping, this one is a definitely must-visit.

4. The Museum Of Broken Relationships 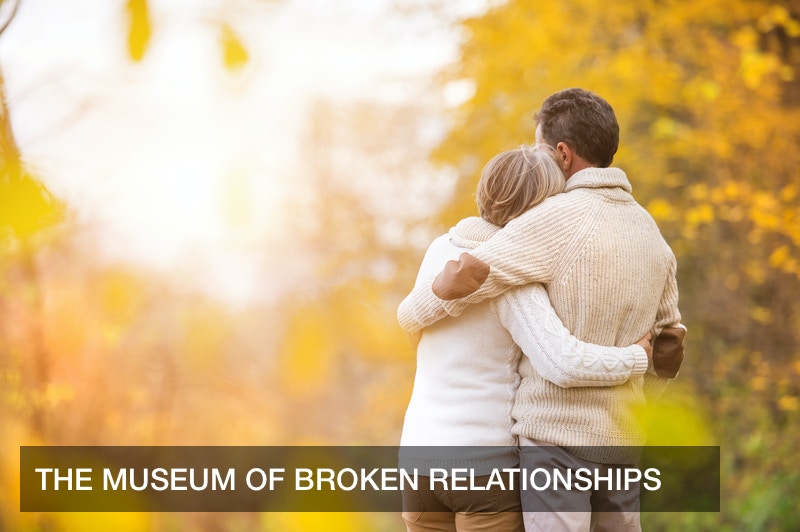 Well — if you’re going through a bad breakup, or considering divorce, the Museum of Broken Relationships might not seen like the best idea at the moment. On the other hand, it could possibly be exactly what you need to get over your relationship. And if you’re interested in relationships in general, or the psychology behind them, it could be right up your alley. The Museum of Broken Relationships, with a site in Los Angeles and a site in Zagreb, Croatia is crowdfunded and makes itself unique by being both physical and virtual. You can visit either of the museums in person, or go online to browse through its collections from a distance. The museums are full of different tokens and trinkets from relationships past, with the goal being to celebrate actual museums. Theoretically, any who has gone through a breakup can donate to the museum. It’s not so much meant to be a way of gawking at couples who broke up, as it is a way to celebrate relationships and love in general, even after they’re over. In a way, it could be considered among the most unique art museums in the world. Of course, you don’t have to share a particular physical item if you don’t feel ready to do so; you can also share your story, anonymously or otherwise. The Museum of Broken Relationships is essentially acknowledging that relationships do end, even when love is present. Another benefit of the museum is that it can, essentially, let people whose parents perhaps divorced when they were young children, experience a sort of catharsis. This can be hugely beneficial if broken relationships have negatively affected you in a permanent way. With that being said, these museums are still being developed — right now, you may very well want to take the opportunity to contribute to the museum. You can be a part of it, rather than a mere spectator the way you would be with science and art museums. It’s definitely not the type of interaction that we’re often used to with a museum experience, and most of us aren’t lucky enough to take part in truly building a collection. You may find that it’s a once in a lifetime opportunity — if you’re vulnerable enough to share.

5. The Museum Of Bad Art 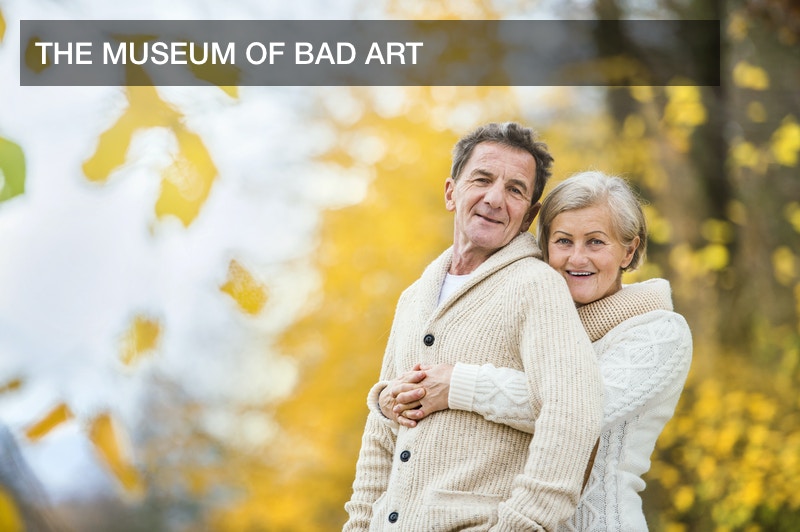 The Museum of Bad Art is unlike any kind of art museum you’ve ever seen before. Found in Massachusetts, the museum is not without its fair share of controversy. Unlike, say, the Metropolitan Museum of Art, which has a grand collection cared by 17 different curatorial departments, the Museum of Bad Art is home to art that is… well, not very well done. Some wouldn’t consider it art at all, while other suggest that the art museum’s categorizing of its pieces as “bad” is anti-art. However, the founders have always maintained that this is the type of art museum meant to celebrate an artist’s right to fail. Just like a traditional art museum, it details the pieces’ mediums, as well as where they came from, how they were acquired, and their potential symbolic significance. The museum has long been sited as a Massachusetts highlight, though it has moved locations a few different times over the years. The descriptions of the works have been known to send visitors into hysterical laughter, and a few of the works have actually become famous over time. Among the more notable works in the Museum of Bad Art are “Lucy in the Field with Flowers”, which was the first work acquired by the museum, and was in fact taken out of the trash. Amazingly, the subject’s granddaughter actually noticed the piece in a newspaper, and identified the subject as her grandmother. It’s quite remarkable that the Museum of Bad Art is able to make moments like these happen; other notable pieces, like “Bone-Juggling Dog in Hula Skirt” and “Sunday on the Pot with George” have driven interest in the museum. It may not seem like the typical art museum that would draw a critic’s eye. But the equal parts respect and mockery with which the works are treated have done much to contribute to the museum’s noteworthiness.

There are so many reasons why you should visit a museum. You don’t necessarily have to put on your thinking cap before going to one — you can relax there, and devote yourself to learning about something that you may not have paid much attention to previously. All of that being said, you should try to do your best to go off the beaten path the next time you go to a museum. Not only is it a great way for you to break from your usual routine; it’s also a way for your to benefit museums that sometimes don’t get the attention they deserve. The next time you go to an offbeat museum you love, tell people! You would be amazed by what good word of mouth can do for a museum’s reputation.